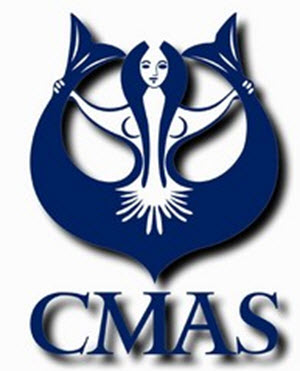 The CMAS * SCUBA Diver course can vary somewhat between different locations, but have the following minimum requirements:

After the course, a CMAS * SCUBA certificate holder should be ready to engage in open water scuba diving in the company of an experienced scuba diver.

The CMAS * SCUBA certificate is for scuba diving down to 20 meters.

Specialty diving, such as night diving, cave diving or wreck diving is not included in the course.

Where can I get certified?

The CMAS * SCUBA course includes both theoretical and practical elements. The theoretical parts includes things such as how to select, use and care for basic scuba diving equipment, the mechanisms of respiration and circulation, diving physics, diving signals, diving procedures, planning and preparation, selection of dive sites, conservation, accident prevention, rescue and first aid, and emergency ascent. 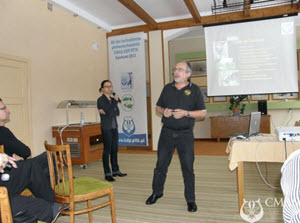 Examples of practical skills that you will learn during the course:

The course can be tailored to fit local conditions, and individual CMAS Federations can have higher requirements for their entry-level diving certificate than the basic CMAS requirements. CMAS Federations in the Nordic region will for instance only award a CMAS* Nordic SCUBA Diver certificate to divers that have undergone a more extensive course than the basic CMAS * SCUBA. The Nordic course includes six open water dives instead of five, and the diver will be required to learn about and carry out cold water diving. 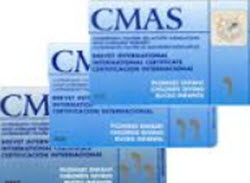 When you have received your CMAS * (one star) SCUBA Diver Certificate you can proceed to the next level. There are four levels in total for the CMAS Recreational Diver Training Programs:

Confédération Mondiale des Activités Subaquatiques (CMAS) is an international federation based in Rome. The federation have several different branches and is involved in anything from underwater sports and underwater science to overseeing their own system of recreational snorkel and scuba diver training and certification. The federation was founded in Monaco in 1959 and is one of the oldest underwater diving organization.

The federation has three official languages; French, English and Spanish. Although its French name is the one most widely used, the federation is also known as the World Underwater Federation (in English) and Confederacion Mundial De Actividades Subacuaticas (in Spanish).

One of the driving forces behind the formation of CMAS was the illustrious French underwater explorer Jacques-Yves Cousteau. He became CMAS first President, with Italian underwater pioneer Luigi Ferraro as Vice-President.

CMAS consists of three major committees: Sport. Technical and Scientific. It is the Technical committee that is responsible for CMAS snorkeling and scuba diving courses and certificates.