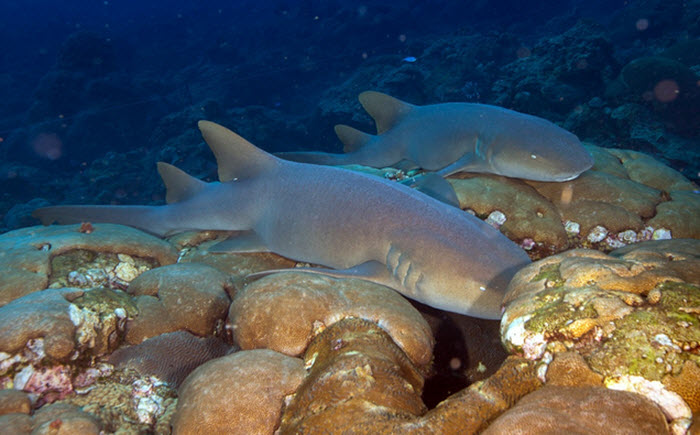 One of the most beautiful diving destinations is off of the coast of Nicaragua. It’s not typically a destination that comes to mind, when one thinks of the tropics, cool blue water and coral reefs, so it is one of the hidden gems of the Caribbean. Big Corn Island and Little Corn Island are both off the former Mosquito Coast.

For many years, the Mosquito Coast (encompassing the Corn Islands) was a British Protectorate, named after the Miskito Amerindians. Presently, Corn Island is part of the South Caribbean Coast Autonomous Region.

It is almost untouched and unscathed by the fast pace of modern life that most of us know. Visitors can take a plane ride or opt for the once a week ferry ride to the island, where they can be picked up by a local. There are no cars on Little Corn Island and few on Big Corn Island so get your walking, biking, or boating shoes on, and get ready to relax to the slow, simple pace.

Corn crops, the island’s namesake, used to be grown and harvested, but they were replaced by palm trees, fruit trees and any vegetation that survived after the many hurricanes. What remains most amazing about the island are the mostly untouched sites on the barrier reef that surrounds it.

The most beautifully preserved rare staghorn and elkhorn coral can be found there, among the 40 varieties of coral in total. Some of the typical fish that are found off the islands are barracuda, mahi-mahi, and eagle rays, along with a large variety of tropical fish. Hammerhead sharks are prevalent, as well as lobster and grouper. 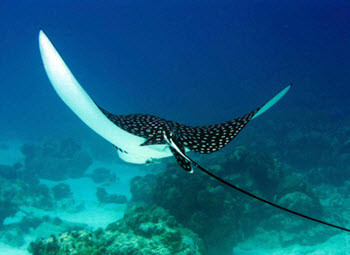 There are typically year-round diving conditions that boast calm seas. The currents are usually light with good visibility and turquoise waters. Also, it shouldn’t be a struggle for most divers to suffer the warm Caribbean water temperatures, ranging from the mid 80’s to the mid 70’s in winter.

There are a handful of dive centers on the islands to accommodate the need for equipment and training, as a lot of divers plan for Corn Island to be their final dive destination for their certification. Diving on Corn Island is known for its affordability and reasonable rates.

Equipped with close to 20 dive spots, the Corn Islands deliver an excellent experience. Most popular of the spots is Blowing Rock, off Big Corn. It’s a rocky formation that rises off the seafloor to the surface of the water, offering an enchanting view of sea life. Little Corn island offers lots of caves to explore that are not particularly difficult, but still quite interesting.

Boat rides to the reef from the shore are short and enjoyable. Considering SCUBA diving certifications to be a long-term commitment and somewhat difficult, most diving spots are rated accordingly. The level of difficulty for the dives at Corn Island is not particularly high, given the underwater caves and barrier reef.

The diving spots are not packed with a lot of people and the waters are generally calm enough to enjoy it all. Corn Island is a rare, unspoiled tropical getaway, able to enchant the most experienced of divers.