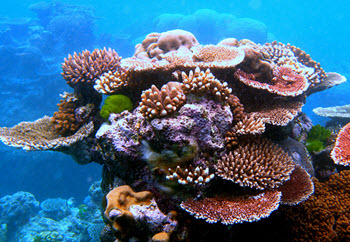 Coral reefs are some of the most magical places to dive at. Coral reefs are home to countless colorful species and the warm waters make diving a pleasure. There are however many other environments that can be equally fascinating to dive in for a true naturalist diver. Such environments include kelp forests, Africas great lakes and northern cold water reefs. In this article we are going to focus on coral reefs since they remain the most popular places to dive. I do however want to recommend to everyone to try diving in other environments as well if you get the chance.

Coral reefs are present in tropical waters all over the world. A lot of reefs around the world have been damaged due to coral bleaching, destructive fishing and littering. There are however still a lot of healthy reefs out there to dive on and damaged reefs can be fascinating to dive on to. They also host a myriad of species and it can be fascinating to follow a reef  and how it is recovering after a damaging event.

Thing to think about

There are some things you should always think about when diving on a reef.

The hidden Gems of the reef 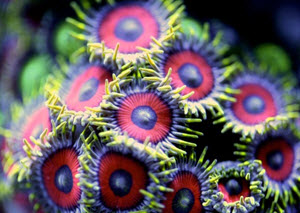 With so much to see on the reef it is very easy to miss many of the hidden treasures that are all around. Among these treasures you find fascinating octopuses, menacing moray eels, colorful nudibranches, well hidden toadfish, delicate tubeworms and hidden crabs and shrimp. There are two main reasons that some species goes unnoticed to the untrained eye.

Finding the hidden gems often comes down to simply know where to look for them. Here are some tips to get you started.